I came to a pretty frustrating conclusion this week. Over the past month and a half I’ve been training for a half marathon on Father’s Day.

It started out pretty good – we’d do 3 miles here and there, and I was starting to get into a rhythm.

Maybe I trained too hard. Maybe I should have started out earlier. Maybe it wouldn’t have mattered anyway. Hell, I used to show up and run without any training.

But, as has happened so much more frequently over the past few years, the knee pain started to creep in. It started as a dull ache right in the joint, annoying but manageable.

Over the weeks it began to get worse. At thirty years old I was limping in the mornings, having trouble sleeping because of the pain.

So, something had to give.

I think the biggest turning point for me was examining why I was running in the first place. Was I the fastest? Definitely not. Even at my fastest, there were still a bunch of people finishing the race a solid half an hour before me.

Do I get a runner’s high? I don’t think so. I mean, there is usually a time in the run when I don’t feel quite as shitty, but it’s not like I feel good.

So… Fitness, I guess? 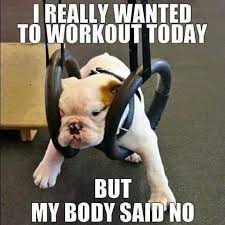 Yeah… there’s got to be a better way to do that.

I’ve been working on ways to make myself more appealing to agents lately. I’ve always wanted to get signed, though I realize that this is a bit of a conflicting subject for many writers.

Nowadays more writers are choosing to self-publish their work. That’s what I did as well, for reasons that I’ll get to shortly. So why do we do this?

When you sign with an agent they will do whatever it takes to get that book picked up by a publishing house. Oftentimes what that means is that the writer will need to change parts of their novel.

Some of us are a little put off by this since our novels are a bit like our children. I remember the first time I held my book in my hands. The feel of the spine in my hands, the smell of the pages – all these little details just seemed so surreal. Like how could these be my words? My words.

So yeah, I get that. But at the same time, I’d bet dollars to donuts that whoever is suggesting an edit to me knows a bit more about the market, and probably literature in general.

This one is a bit of a catch 22. Yes, if you self-publish you get more royalties. I get about 70% of the proceeds of an ebook and 60% of a paperback, minus the printing cost. This comes out to about $1.50- $2.00 per book on the (fairly reasonable) price which I’m currently selling at.

With traditional publishing, prices can fluctuate but you generally earn less per book. But you also have the opportunity to sell a lot more books, too. It’s not just me on an Instagram account or a Facebook page, there are bookstores and publicity events and all the stuff that indie authors just can’t afford.

So I’ve weighed both options and I’ve decided that I want my next book to be published traditionally. The reaction to Far from Ordinary has been fantastic – I’ve sold more copies than I ever expected and I’m SO grateful for that.

But, looking at the demographic reports that Amazon makes for me, the majority of my sales are concentrated in Winnipeg and Calgary. Two cities where I’ve got strong connections.

Imagine how awesome it would be for my writing career if I were able to branch out into the U.S. market, or Europe.

I want to walk into a bookstore in Houston and see an M. James Murray on the shelf.

So there’s that. But also, I think that traditional publishing has always been the goal for me. So that’s what brings me back to what I was originally talking about. Full circle. It’s tough to get picked up by an agent. It involves a lot of skill and even more luck.

But I think it also involves doing something differently. The definition of insanity is doing the same thing over and over again and expecting a different result.

So I’ve published an article. I wrote a book and published it. What else can I do to set myself apart from the other tens of thousands of aspiring writers out there?

The next step for me is getting myself to a writing conference. If I can get myself in front of an agent and talk about my upcoming book, Fade to Black, I think that I stand a pretty good chance of getting picked up. At the very least I’m going to become a lot more visible in the writing community.

Now, they’re not cheap – most range in the $500 USD range for a couple of days, not including hotel and food and all that minor stuff. But I don’t really care about the cost all that much. Ten years from now I won’t be talking about how expensive that trip to New York was, I’ll be talking about how I wish I had done it sooner.

Next week it’s the RETURN OF THE KHAJIT! That’s right – my sister’s cat has a plan to kill me. And it’s now one step closer to fruition. She’s 11 pounds of stealth and death. I’m worried.