This past Saturday I hosted my very first book launch party. Going in, I really had no idea what to expect. So I booked a pool hall for twenty people or so and went from there.

I considered contacting a local bookstore but discarded that idea for a couple of reasons. First, I wanted people to be able to mingle and be able to sit down. Second, I wanted it to be a PARTY. My humble opinion is that a thing such as this should be as much fun as possible.

And oh man, it delivered.

Below is a timeline of the day’s events

7:30 AM: I’m up! I wanted to get in a vigorous workout to mentally prepare my mind and body for… Who the hell am I kidding? I couldn’t sleep. Too excited. I briefly consider exercising, but try to nap instead.

10:00 AM: I get ready for the day. Ashamed to admit that I spent way too much deciding what to wear. My sister Lisa is getting annoyed at how chipper I am. This only makes me more hyper.

10:30 AM: Lisa asks how many people I’m hoping to see today. I have no idea. I’d been blasting it all over social media for the past two weeks. “Eighty, maybe?” I say. That seems way too high, but whatever. Got to shoot for the stars, right? She remains annoyed by how excited I am.

11:00 AM: I leave. Lisa is happy. I get picked up by my friend Carl and we head to the Bomber store. They’re having a season-end sale, but really we just want to see the dressing room. After that, we go to Staples. There’s a surprise waiting for me.

A freakin’ posterboard for people to sign. Such a neat idea. Big ups to Big Carl for thinking of it.

12:45 PM: At the pool hall. Things are set up and starting to look good. I order a beer. The waitress brings me a Bud Light instead of a Bud. I hope that the wrong drink order is worst thing that happens to me today.

1:01 PM: The book launch has finally started! But where is everyone? A few people walk in. They’re here for the VLTs, not for my books. I think about going over and talking to them anyway. I sip my Bud Light. What if nobody comes? I take a bigger sip, and sit down. I try not to be impatient.

1:03 PM: Someone is here! And not just for the VLTs! I stand up. I won’t sit down again until 5:30. I try to look cool, calm and collected as an author should. But inside I’m ecstatic. Andrea’s book gets the first signature of the day. It looks like chicken scratch. I make a mental note to myself to keep working on it.

1:30 PM: All my fear around this are beginning to disappear. I count around twenty people already. I am feeling that warm bubbly feeling inside that the Grinch must have felt when his heart grew three sizes in one day. (note: he should probably go see a doctor – that can’t be healthy).

I make my first sale. Two, actually! She asks how much. I tell her the price of $15 / book. In my head I’m thinking “What if everyone thinks it’s too much?!” But there’s no complaints, just lots of hugs.

Lisa’s friend brings cupcakes. They look delicious! I make a mental note to myself to grab one when I get a moment.

*Narrator’s voice* He did not, in fact, ever get a cupcake.

3:00 PM: This is probably the busiest point of the day. I do my best to talk to everyone for a decent amount of time, and I feel guilty that I can’t spend as much time speaking to some people as I want to. The place is PACKED! There are at least 60 people in the lounge. I feel bad for the server. I only made the reso for twenty.

Still, drinks keep showing up at my side, so she can’t be doing that bad, right? I have no idea where they’re coming from. Who is ordering them for me? I try to ask the server, but she’s gone. 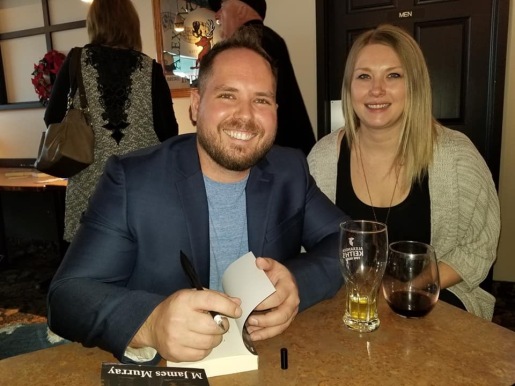 4:00 PM: There are no books left on the table. I grab some more from the big box in the corner. Still ten left – we’re looking good, even though the custom quill pen I have seems to have run out of ink (it was good, it was just being fickle).

I’ve decided to go with it. I’ve decided that this is a magical place where drinks seem to appear out of nowhere. I need to come here more often. Looking around the room there are so many people from all different areas of my life. Work friends, people from my sports team, family. People who I haven’t seen for years.

It’s amazing. I feel so proud. I really can’t believe that there are so many amazing people in my life.

My signature is beginning to improve. I think.

5:00 PM: I HAVE OFFICIALLY SOLD OUT OF BOOKS! There were twenty-three copies which I had brought with me. More than enough, I had thought. After all, most everyone had ordered their copy online.

What’s more, there were still people waiting to purchase. I had a waiting list! Now, this is truly spectacular. A huge win! Never in my wildest dreams would I have thought that I could have sold out.

Nobody pinch me. If this is a dream, I don’t want to wake up. 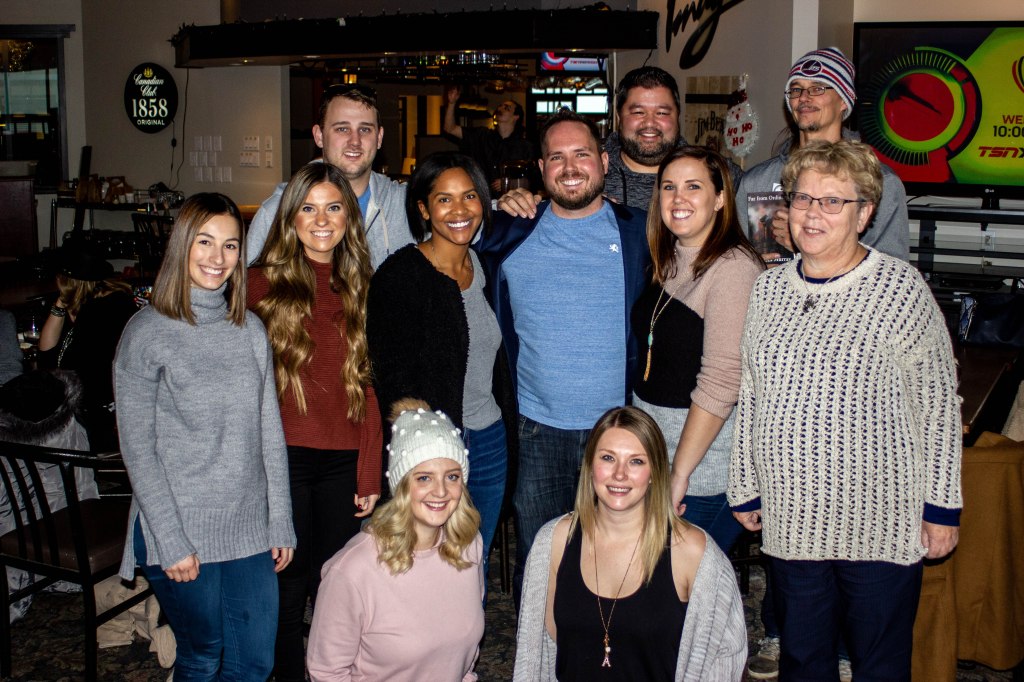 It has now been more than 4 hours since I have sat down, but I don’t feel tired at all. I feel exhilarated. I feel ALIVE.

5:30 PM: The event is officially over. I am out of business cards. I am out of books. But the magical beer fairy is still around because I have two pints in front of me.

I sit down. My body realizes how tired it is. The beer helps that. A few more book requests come in. A guy from my hockey team tells me that he literally stepped out to the ATM to get some cash to buy one. There were 5 when he stepped out. Two minutes later there were none. He is disappointed but vows to get one online. We clink drinks.

I am exhausted. But I am very, very happy. I would do this every single day if I could. Four and a half hours blinked by in an instant.

I originally hoped for 80 people or so. I think we doubled that. Such a great turnout!

From the bottom of my heart, THANK YOU, everyone. For coming to the book launch, or sending me a well-wishes message or even just thinking of me. I am so privileged to know such amazing people. Once again, thank you! I don’t think I could thank you all enough.

2 thoughts on “The Book Launch”